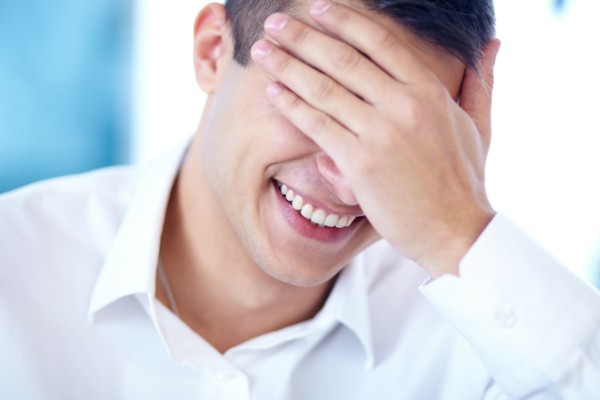 Funny, Weird, and Downright Crazy Stories From the Help Desk

Some days, working in the IT service management field requires an extra dose of patience. While a majority of our time is spent supporting easy going users who are sincerely grateful, every once in awhile we’re bound to have a day when customers are annoyingly clueless, unnecessarily demanding, and downright difficult. On those days, nothing helps more than a crazy story or good dose of laughter. So, the team at INVICTA has put together some of our absolute favorite stories shared by customers, employees, partners, and fellow ITSM pros. Bring on the lolz.

“There was this one guy on the accounting team who was really strange. One day he set up a blanket and sheets over the top of his cubical because he said his work was super confidential. He did manage payroll and other financials, so although we laughed about his self imposed blanket-fort, it became a normal fixture around the office. One day he never showed up. A few weeks went by and we were notified to clear out his space and repurpose his computer and printer set-up for a another employee. Much to our surprise he was growing a bunch of small marijuana plants in his cube. He had this crazy lighting and hydroponic set-up. Who knew?!”

“We had a server that rebooted every morning around 4:45am. It happened day after day. Weeks went by. We tried everything. No known software or hardware error could be found. No scheduled tasks or other processes were culprits. Nobody could figure would what might cause it to hang at that specific time. We simply couldn’t find anything wrong with it. One morning, a few help desk staffers were in the office really early, having pulled an all nighter to complete some emergency patching. What do you know… at 4:30am, the cleaning crew started working our floor. Around 4:45, we saw what was happening right before our eyes… a crew member unplugged the server so she could plug in her vacuum! Once she was done cleaning the area she plugged the computer back in. We probably wasted over a hundred hours trying to figure it out over the three month period it was happening. Crazy!”

“A new sales rep called in because he was having trouble setting up his new laptop with our password requirements. He kept on telling me he wanted his fiancé’s first and last name in all caps. He was adamant that it would be secure enough (even though it didn’t contain a special character or number, a security requirement we had in place). He must have repeated the name 20 times as I was trying to explain our reasoning behind the requirement. In the end, he got really upset with me because I wouldn’t accommodate him. I firmly stood my ground because it was policy. He yelled some expletives and hung up on me. The fiancé’s name was somewhat unusual, so it caught me off guard when I happened to hear it mentioned on the local news a few weeks later. The broadcaster sadly announced that young lady had been found murdered. An to top it off she had been gruesomely dismembered! Her fiancé was the main suspect. I was so freaked out. He was found guilty and is serving a life sentence. It gives me the chills just thinking about it.”

“It was the last day of the quarter and we normally expect a significant number of orders to come in. We’re always careful to avoid any IT projects, updates, or changes on this day. Well… the power went out in our building and the surrounding blocks downtown for about 35 minutes. The Sales VP was irate. Nobody could get online in the office. He stomped into our desk area and kept on rambling on and on about the importance of our wireless network and if we had simply supplied everyone with access to it that power outage wouldn’t have been so disruptive. When the power went back on he proceeded to email the CEO requesting somebody get fired on our team. I guess he didn’t know that wireless networking also requires electricity. He was fired for poor performance 4 months later. Every time the power goes out we joke about it.”